The Conservative War Against LGBTs Has A Terrifying Future

Religious exemption laws and the dismissive attitude toward federal law are setting up seriously scary precedents. Read all about it in Jeza Belle’s Op-Ed in the Advocate.com here! 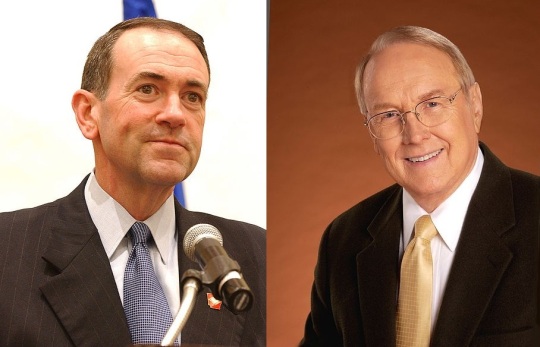 Every time a horrible event takes place, Conservatives come out in droves attempting to link these acts to the moral decay of our country. The September 11th attacks, hurricanes Katrina and Sandy, the earthquakes of 2011, and of course mass shootings such as the recent occurrence in Newtown, Connecticut. Not only are their comments offensive, but these Conservatives seem to imply that they themselves know the mind of God and speak for Him.

Let’s start with Focus on the Family’s Dr. James Dobson, who is viewed by many as a perennial bigot and hate-monger. In comments on his ‘Family Talk’ radio program, Dobson stated in response to the recent killings in Connecticut that “…millions of people have decided that God doesn’t exist, or he’s irrelevant to me … the institution of marriage is right on the verge of a complete redefinition. Believe me, that is going to have consequences…”.

To begin with, Dobson offensively implies that Gay Marriage is somehow to blame for the Newtown Massacre. One could argue that this was not his point, however he goes on to further state that “… a lot of these things are happening around us, and somebody is going to get mad at me for saying what I am about to say right now, but I am going to give you my honest opinion: I think we have turned our back on the scripture and on God Almighty and I think he has allowed judgment to fall upon us. I think that’s what’s going on.”

Oh Dobbie, for once you were correct. Somebody would and did get mad at you; me. I was not aware that you were the mouthpiece of God Himself. Whatever God’s reasoning for anything in this world may be, He does not need you to justify it. Trust me on this, God is bigger than you and I which means neither of us have the right to define or explain Him. These matters are far too large for mere humans to understand. It would be as if I stated that President Obama was reelected to punish Conservatives for being racist and homophobic. Although I might find some joy in that statement, it doesn’t make it any truer than your cockamamie comments.

Furthermore Dr. James, do not presume to speak for me or the millions of others in this country that do not go to your particular church or espouse your identical values. Many of us do believe in God, thank you very much.

This brings us to our next ill-worded fool; failed presidential candidate himself, Mike Huckabee.  Hucka-bubba was quoted as saying, “We dismiss the notion of natural law and the notion that there are moral absolutes and seem amazed when some kids make it their own morality to kill innocent children…We diminish and even hold in contempt the natural family of a father and mother creating and then responsibly raising the next generation and then express dismay that kids feel no real connection to their families or even the concept of a family.”

Again, would it be fair of me to say that the Huckster lost his attempt at the presidency due to what many saw as a record of hate-laced speech and intolerance? As happy as I may be that we did not have a Republican Huckabee elected in 2008, I can’t help but believe God is so much bigger than our politics. Therefore, Huck, gay marriage had nothing to do with this horrific act of terror in Newtown and God had nothing to do with the fact that America did not see you fit enough for our highest office.

Finally, I think it is a mistake for anyone, be it Dr. James Dobson, Mike Huckabee, the endless list of Conservative pundits, or even myself to dare put ourselves on the same level of God. After all, the Bible, which many love to quote except when it doesn’t suit them, does say in Romans 11:34, “”Who has known the mind of the Lord? Or who has been his counselor?” To the best of my knowledge, none of us have been in the position of giving God advice on how to run this show. Therefore, I close with these thoughts: Conservatives should stop blaming gays for every bad thing that happens in this country because it’s simply insensitive and wrong. 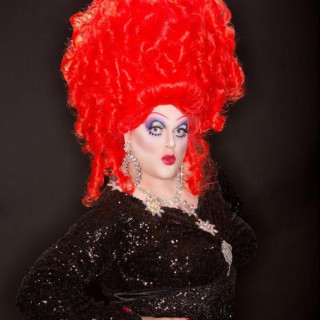